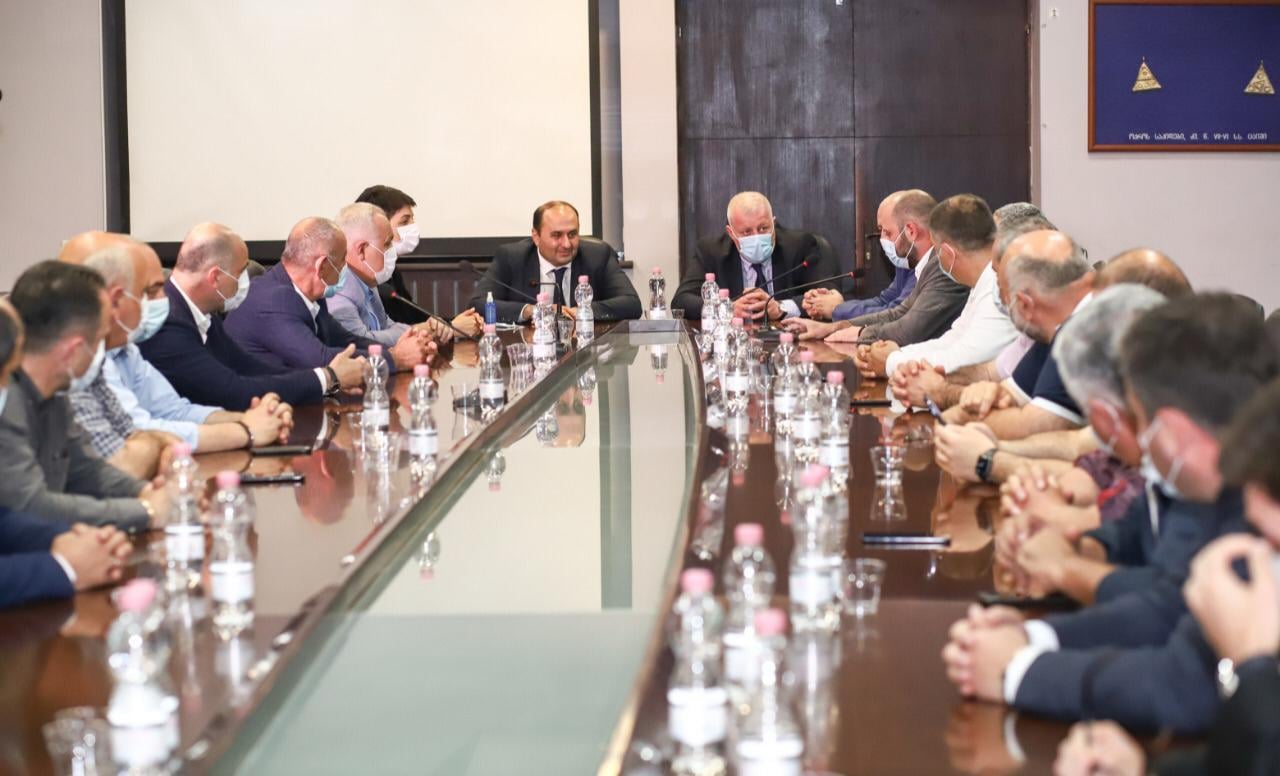 During the meeting, the newly appointed Governor emphasized the importance of close cooperation with self-government, active communication with citizens, and issues prioritized by Samegrelo-Zemo Svaneti's municipalities.

"Giorgi Geguchia is an experienced asset with years of work in state institutions, including law enforcements, leading a regional division of the Anticorruption Agency, the reason why he is well aware of the region's specifics. I want to wish success to the new State Representative/Governor. I am confident that he will coauthor and participate in myriad beneficial projects," Leri Barnabishvili said.

"I would like to thank the Prime Minister and the Georgian Government for their enormous trust. It is a great responsibility and yet a great honor to be serving my country in my native region where I was born. We already met with regional municipality mayors and assembly chairpersons, and I am confident that our joint efforts will provide adequate response to the region's challenges and bolster its rapid development," Giorgi Geguchia stated.