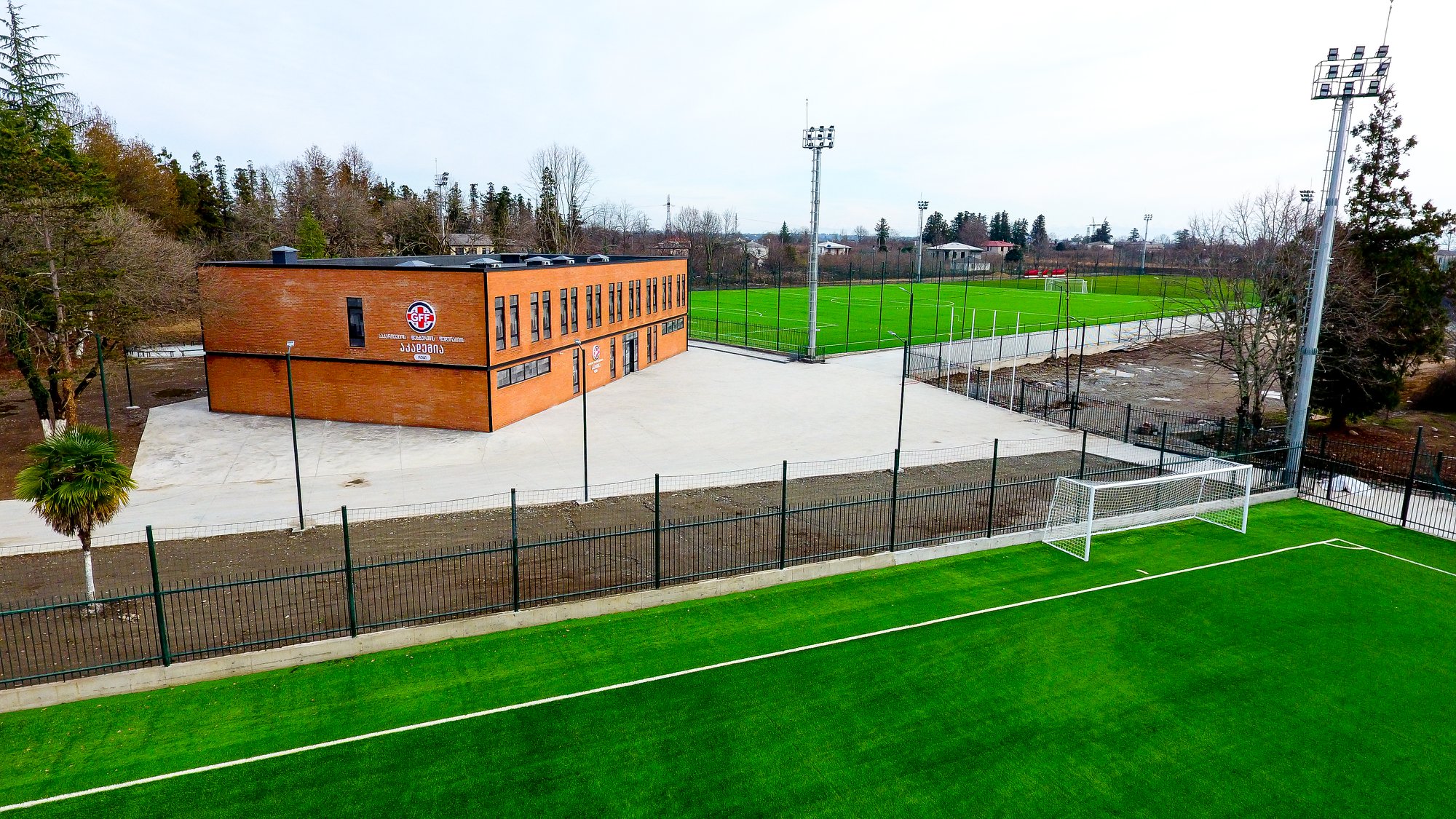 The GFF Football Academy in the village of Rukhi (Municipality of Zugdidi) was officially inaugurated on 12 February. The opening ceremony was attended by GFF President Levan Kobiashvili, General Secretary David Mujiri, First Vice-President Kakha Chumburidze, the State Representative of Samegrelo-Zemo Svaneti Malkhaz Toria, as well as the Prime Minister of Georgia Giorgi Gakharia, and local government officials.  The guests viewed the new facilities, spoke to the academy footballers and wished them success. Addressing the youngsters, the head of the Georgian government emphasised the importance of sport and healthy lifestyle.

The facilities include one grass pitch and two artificial pitches, a modern floodlight system, stands, and a residential complex that can house up to 50 people. The residential building includes a dining hall, fitness room, changing rooms, laundry, referees’ room and medical room.

The academy is currently home to 15 and 16 year old players from the Samegrelo region who have undergone a selection process. Around 40 players will be admitted to the academy for the new academic year.

The project was implemented by GFF with financial support from the FIFA Forward and UEFA HatTrick programmes. The total cost of the project was GEL 6 million. The land was given to GFF by the local authorities specifically for the purpose of building a football academy.

Similar to the other GFF academies, operation of the Rukhi project is fully funded by the Federation, meaning that academy players can live and obtain footballing and academic education here free of charge.