Malkhaz Toria: We are building 4 bridges in Martvili, including the 90-meter bridge connecting Nalepsao 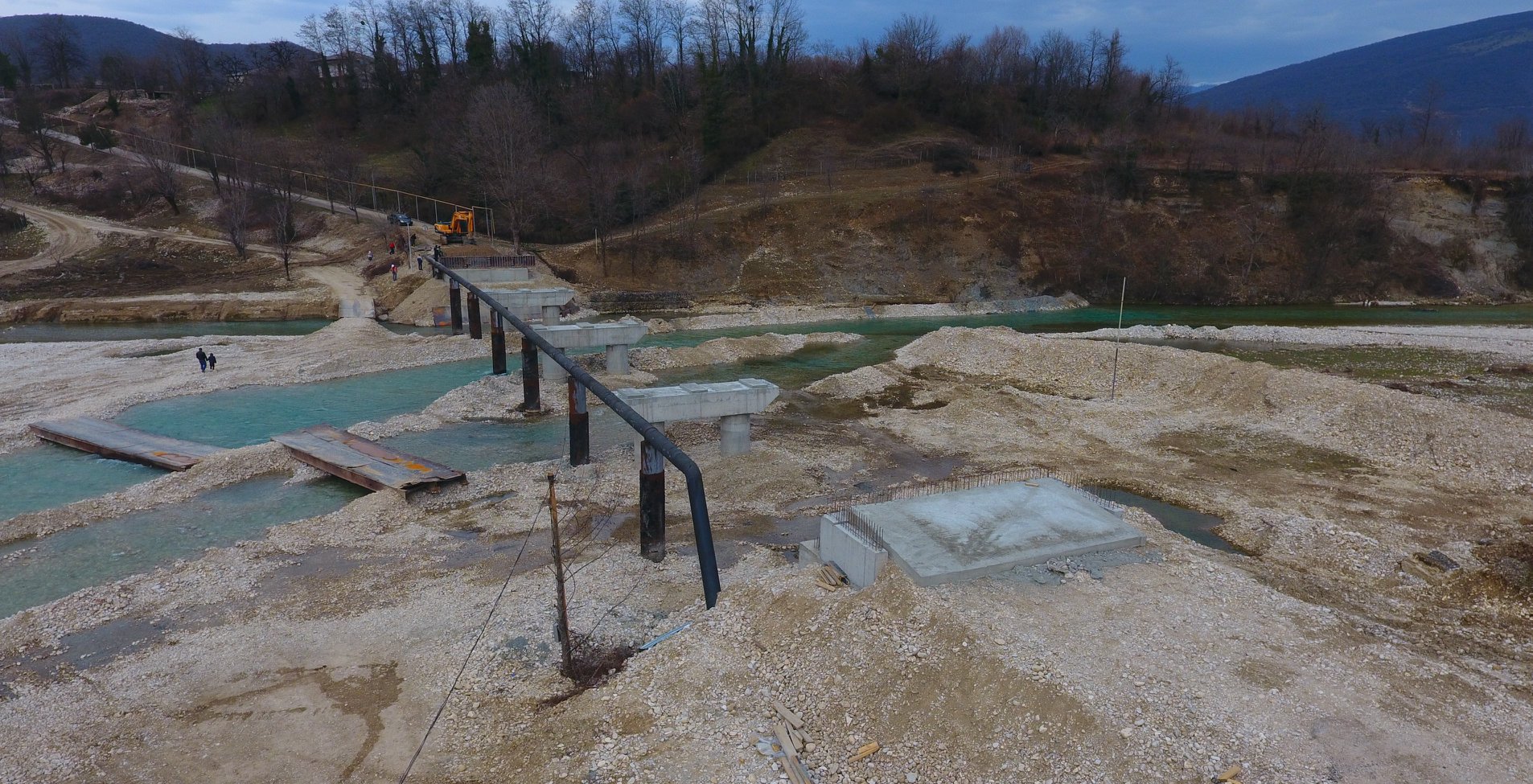 Construction works of the bridge connecting Martvili and Nalepsao are underway in Martvili municipality. A new 90-meter bridge in accordance with modern standards is being built within the project. The project envisages the arrangement of reinforced concrete retaining walls and gabions, as well as asphalt-concrete carriageway and metal railings. Construction will be completed in May this year.

"Despite the pandemic, infrastructure projects throughout the region are being actively implemented in compliance with regulations. We are currently working on the construction of the bridge connecting Nalepsao in Martvili Municipality. A new, modern standard bridge is being built within the project. The cost of the works is more than one and a half million GEL. "In addition to the Nalepsao Bridge in Martvili, we are building three more bridges, one in the village of Salkhino and two in the village of Vakha," Malkhaz Toria said.

Project are implemented by the finances of the Fund for Projects to be Implemented in the Regions of Georgia and Local Municipalities.  The bridge was damaged and posed a threat to the population. After the construction of the bridge is completed, the residents will be able to move comfortably and safely.

36 bridges have been built and rehabilitated in Martvili Municipality.