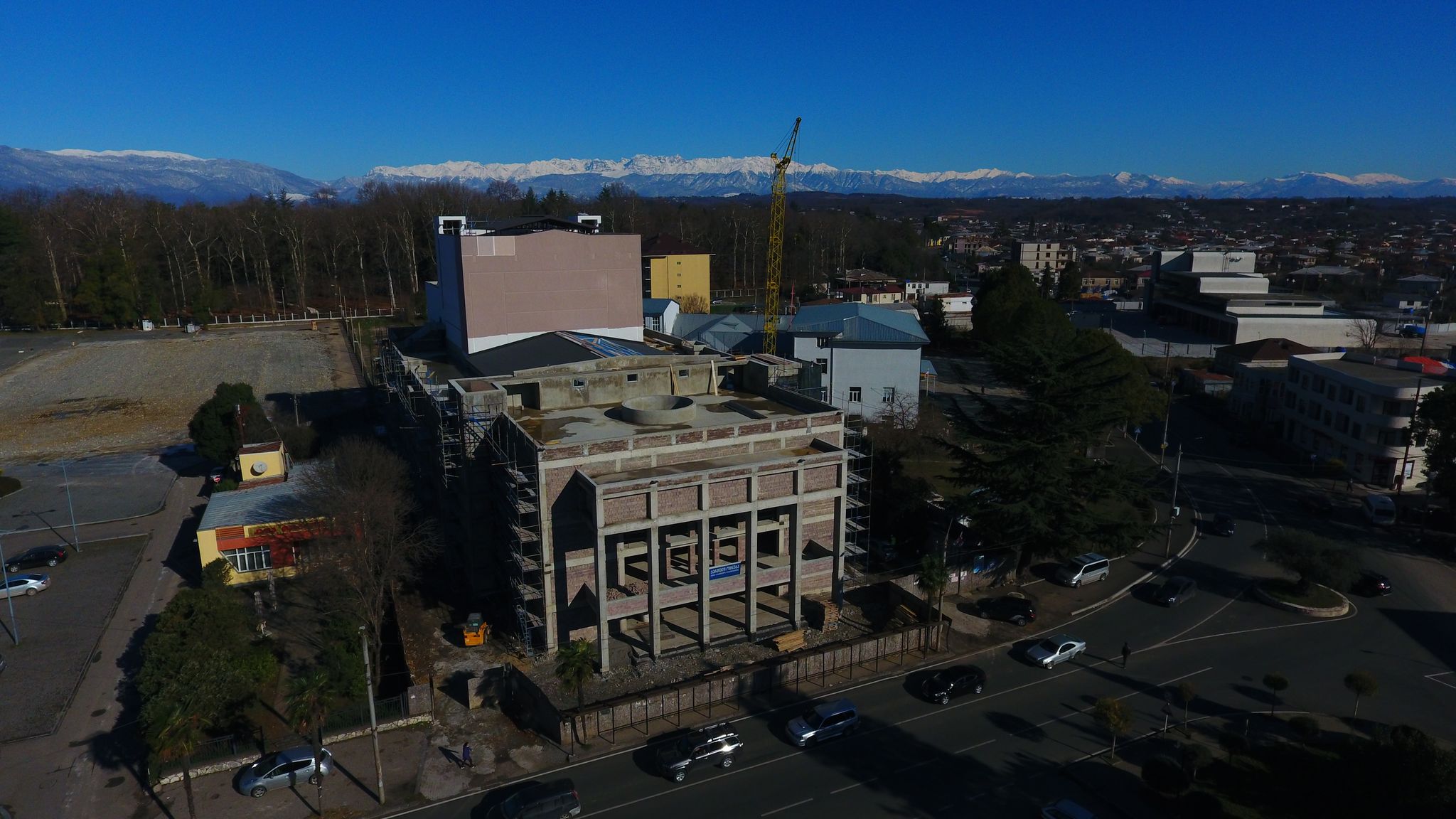 The construction of a new theater in Zugdidi is being actively implementing by the "Cartu" Foundation. Zugdidi will soon have a theater completely meeting  European Standards.

New Theater construction is actively underway. The theater will have two halls, a large considered for 570 spectators, and a smaller hall with 140 seats. Theater will also have a museum and hotel for guests visiting during the tours.

The project is supported by Fund "Cartu" and its construction will be have been completed by 2020. The Zugdidi Theater used to be in hazardous condition and actors were not able to perform.

The  construction works have been observed by the acting State Represenatative of Samegrelo-Zemo Svaneti Mr. Malkhaz Toria along with the Deputy luduk Khasia and the Meyor of Zugdidi Giorgi Shengelia.

“With  assistance “Cartu” Foundation Zugdidi will have a theater that meets modern standards. The theater will meet all existing requirements and will be able to host international festivals. The building will have two halls, a museum and a hotel for guests on tour.

Zugdidi Theater was in hazardous condition and actors were not able to perform and the administration could not provide security for the actors, but soon Zugdidi will have a theater that will be the best in Georgia. "Also, the full rehabilitation of the Senaki Historical Theater was carried out with the funding of the Cartu Foundation," stated Malkhaz Toria.

Acting State Representative of Samegrelo-Zemo Svaneti Malkhaz Toria reviewed last 2020 year and congratulates to the population on  New Year. Malkhaz Toria focuses on the challenges caused by the pandemic. According to him, during the difficult period, the state used the maximum of opportunities and supported the citizens who need it the most.